De facto official of the Russia-occupied Tskhinvali (South Ossetia) region, Egor Kochiev said the Georgian police checkpoint in the village of Chorchana in Khashuri Municipality, close to Tskhinvali should be dismantled by 6 a.m. Friday, August 30.

If this demand will not be fulfilled, the authorities of the republic (referring to occupied Tskhinvali region) will take all the legal measures to ensure the security of the South Ossetian people and to protect the state border”, Kochiev told the local news agency.

This issue was raised at the Incident Prevention and Response Mechanism (IPRM) meeting in the village of Ergneti earlier today as well.

However, Russian and Ossetian participants left IPRM meeting in protest after the Georgian officials refused to dismantle the police checkpoint on the Georgia-controlled territory in the village of Chorchana, close to the occupied village of Tsnelisi, which de facto officials call Uist. 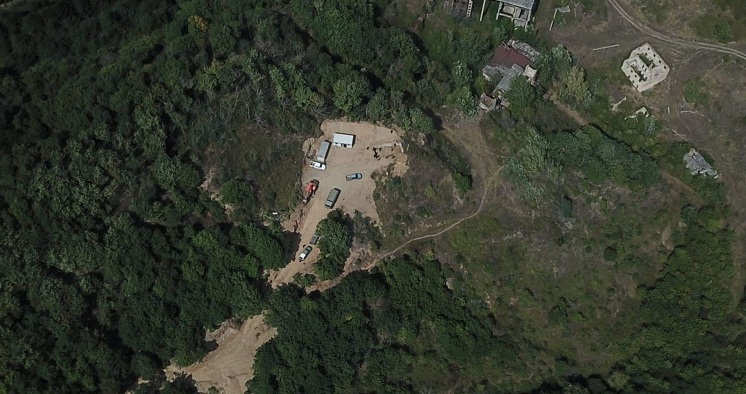 The Village of Chorchana is located in the Georgia-controlled area, near the occupation line. Photo: Georgian Service of Radio Liberty

Kochiev also said that the locals of the Ossetian village are frightened to see the Georgian checkpoint and asked the South Ossetian leadership to help.

We will be protecting our territory by all the possible ways within the legislation of the republic of South Ossetia”, Kochiev said, adding that the international organisations facilitating the IPRM meetings “only spoke of inadmissibility of escalation and tension” without further interference.

Georgian officials do not accept "the language of ultimatums". State Minister for Reconciliation Ketevan Tsikhelashvili said the occupation forces have been freely moving along the occupation line, “in the middle of Georgia” since 2008. However, the recent reports in Russian and Ossetian media conserning the Georgian police checkpoints are “alarming”.

Again noting that the checkpoint is located on Georgia-controlled territory, Minister Tsikhelashvili called on everyone to avoid making statements that may negatively affect on the security situation on ground.