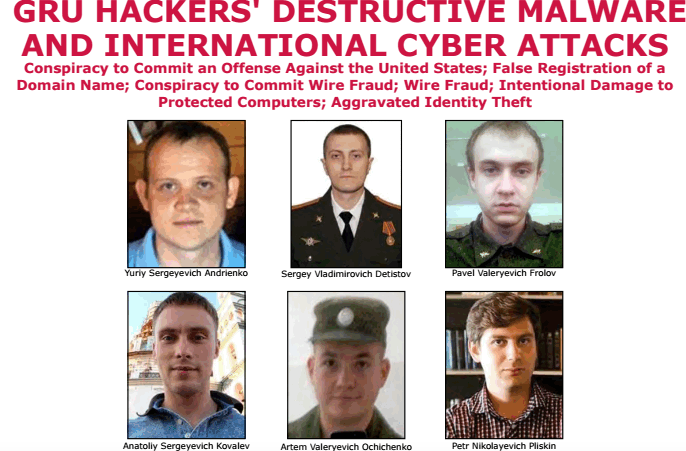 US charges 6 Russian military officers in absentia with global cyberattack, including on Georgia

The US has charged six Russian Main Intelligence Directorate (GRU) officers in absentia with cyberattacks against several states, including Georgia, stating that the alleged cyberattackers used destructive malware to black out thousands of computers and cause nearly $1 billion in losses. The US Justice Department says that the cyber attacks intended to support Russian government efforts to undermine, retaliate against, or otherwise destabilise worldwide computer networks.