Opposition MP, charged with incitement to violence at Tbilisi rallies, released on bail

The United National Movement MP Nika Melia, who stands charged with incitement to violence during the June 20 rally in Tbilisi, has been released on 30,000 GEL [$10,000] bail.

The Georgian parliament suspended his MP immunity yesterday, allowing his detention if necessary.

Melia and the opposition say that the charge has political grounds.

Ivanishvili [founder of the Georgian Dream ruling party] is in a very complicated situation now. If I am detained, this will cause further unrest in the country, if I am released this will be more proof of the illegality committed by parliament yesterday [against me],” Melia said before the trial. 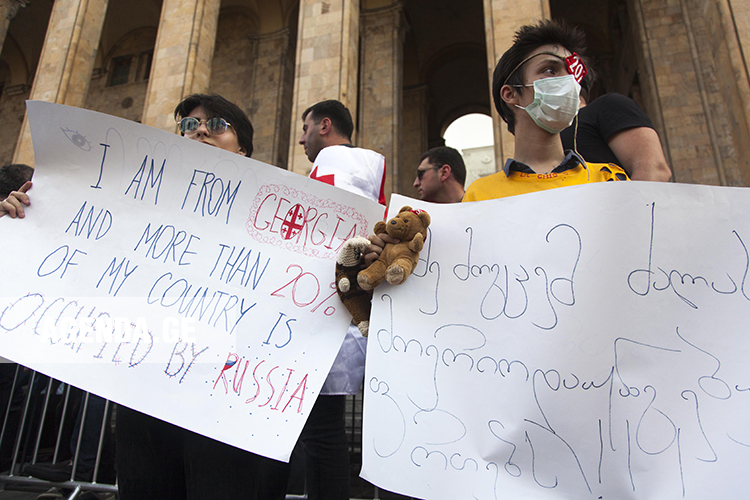 After the trial Melia said that the “government was afraid [to detain me].”

It is likely the public mood, our foreign partners and possible risks made Ivanishvili step back," Melia  told the media.

Melia has been banned from making public statements or calls at pubic areas by the decision of a judge.

Georgian Prime Minister Mamuka Bakhtadze placed the responsibility on the opposition regarding the June 20 unrest, which left 305 detained and 240 injured.

He stated that the “destructive and irresponsible” calls and appeals by the opposition transformed “a peaceful and justified” rally in Tbilisi into unrest.

The rally in Tbilisi on June 20 was sparked by the presence of Russian MPs in Georgia and an address of one of them from the seat of the Georgian parliamentary speaker.