A peaceful demonstration in front of the parliament of Georgia has resumed on the eighth consecutive day demanding again the resignation of the Interior Minister Giorgi Gakharia.

In his televised explanation earlier on Thursday, Minister Gakharia said he takes political responsibility for the June 20 developments as the minister but will remain in his position until an investigation clarifies who is liable for what transpired. 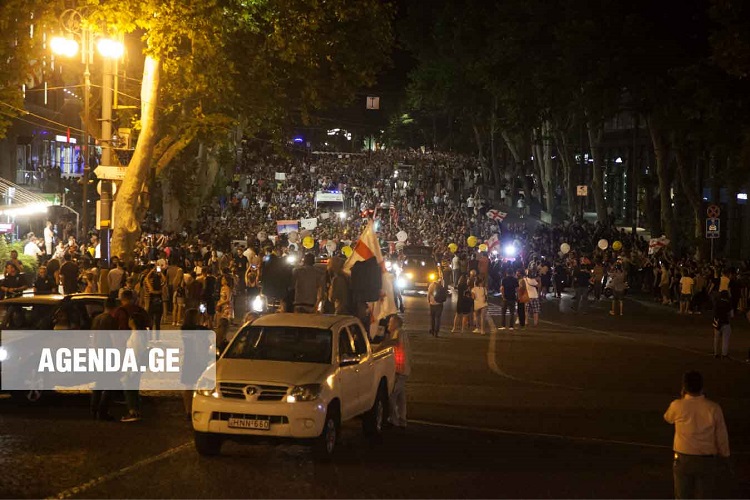 Prime Minister Mamuka Bakhtadze also spoke about the June 20 rally with journalists, saying he believes it is not the Interior Minister Gakharia who should take responsibility for the developments in front of the parliament of Georgia but “the destructive force that used our citizens’ justified protest as its tool”. 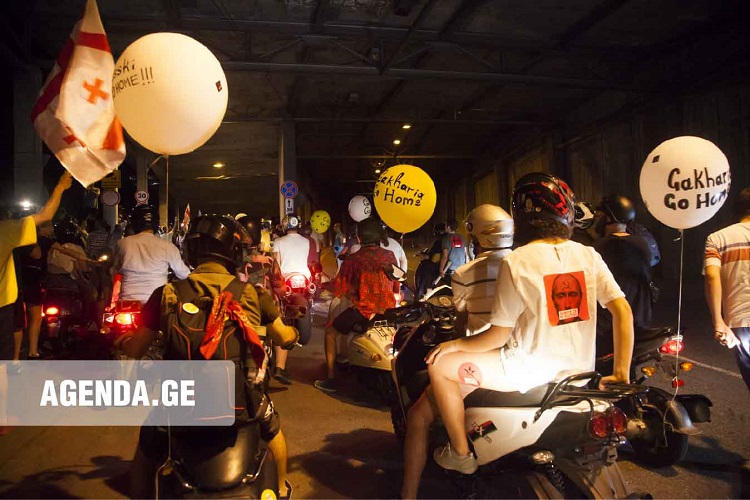 The protesters were led by a line of the demonstrators on scooters. Photo: Nino Alavidze/Agenda.ge

Meanwhile, the demonstrators, who are mainly youth, marched to the residence of the ruling party leader Bidzina Ivanishvili  in sign of a peaceful protest. The rally will resume at 7 p.m. tomorrow and will last until Gakharia's resignation, as organisers say. 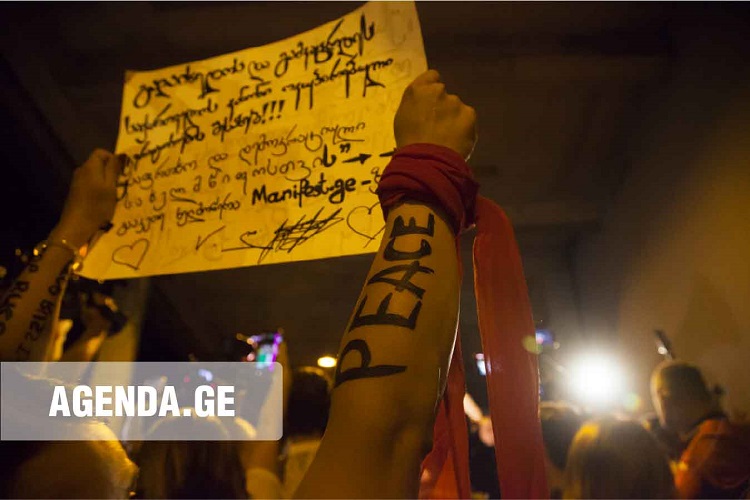 Protesters underlined the rally is peaceful with the help of the posters and the slogans. Photo:Nino Alavidze/Agenda.ge

Ivanishvili recently announced on behalf of the Georgian Dream that the ruling party is ready to conduct the 2020 parliamentary elections on the proportional electoral system only, which has been one of the top demands of demonstrators gathered in Tbilisi since June 20.