The Georgian Chief Prosecutor’s Office says it will appeal the decision of Tbilisi City Court yesterday to release opposition MP Nika Melia on 30,000 GEL [$10,000]bail, after being charged with incitement to violence on June 20 rally in Tbilisi.

Melia has to inform law enforcers every time he decides to leave home.

He has been deprived of the right to make public statements in public areas.

Melia has already handed his identification documents to law enforcers and was warned not to have any communication with witnesses. 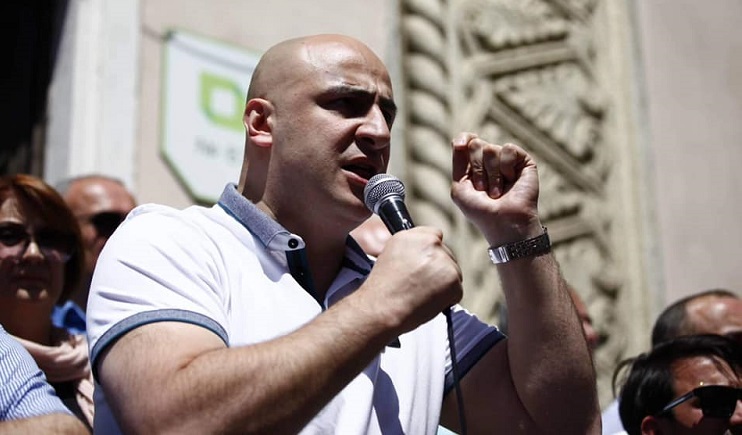 Melia and the opposition say that the charge has political grounds.

Georgian Prime Minister Mamuka Bakhtadze placed the responsibility on the opposition regarding the June 20 unrest, which left 305 detained and 240 injured.

He stated that the “destructive and irresponsible” calls and appeals by the opposition transformed “a peaceful and justified” rally in Tbilisi into unrest.

The rally in Tbilisi on June 20 was sparked by the presence of Russian MPs in Georgia and an address of one of them from the seat of the Georgian parliamentary speaker.