Georgian national flags were lowered to half mast on Saturday as government officials and Georgia's international partners marked 12 years since the 2008 war between Russia and Georgia.

The remembrance started with the symbolic gesture of lowering flags at state agencies including the Orbeliani Presidential Palace, the Administration of the Government and the country's diplomatic representations internationally.

The anniversary also saw reactions from officials with dignitaries, with Prime Minister Giorgi Gakharia speaking about the "duty to remember the heroes" who died in the conflict and the need for a peaceful strategy for solving the ongoing occupation of a part of the country following it.

The 2008 Russian-Georgian war killed hundreds of our citizens, including innocent civilians, and cost us our hero soldiers and territories. These were days full of tragedy that left us incredible pain and difficult results."

We will never accept the occupation. We are on a peaceful path of resolving this challenge and have the support of our international partners in this process," Gakharia said in his address for the date. 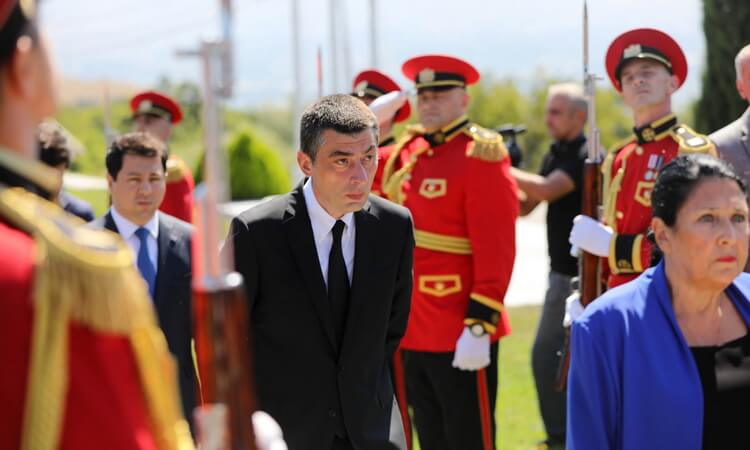 Georgian officials made statements to local media on the anniversary while visiting the Mukhatgverdi cemetery. Photo via Prime Minister's Page on Facebook.

President Salome Zurabishvili told reporters results of the war included the fact that "ultimately the war failed to defeat us" as demonstrated by the reality of a "democratic, free, independent country despite the occupation". The president also stressed unity as a "precursor to "restoring territorial [integrity] and reuniting people."

Minister of Defence Irakli Garibashvili spoke of servicemembers who "sacrificed themselves for their homeland, for independence" and their "devastated" families whom government officials met at the Mukhatgverdi Cemetery as part of marking the date.

Our government, through its sensible policy, will be doing everything to make sure [...] war, destruction and occupation does not happen in the future. This is a tragedy that must be over," Garibashvili told local media. 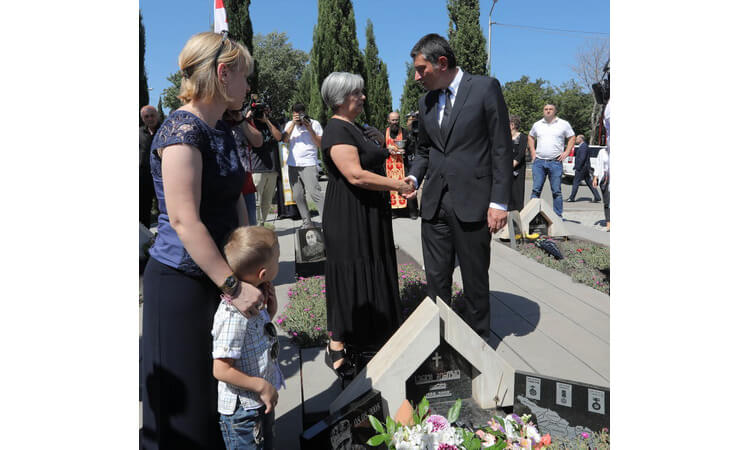 Prime Minister Gakharia met families of the Georgian troops killed in action in the conflict. Photo via Prime Minister's Page on Facebook.

As officials marked the anniversary along with families of the Georgian troops who died in the war, foreign partners of the country released their reactions.

NATO Secretary General's Special Representative for the Caucasus and Central Asia James Appathurai released a statement on social media in which he spoke of thousands of Georgian citizens displaced as a result of the conflict and called on Russia to withdraw its forces from the occupied regions of the country.

For 12 years, Russian forces have illegally been on 20 % of Georgian territory, as a result of which thousands of Georgians have been displaced from their homes and their land."

NATO continues to recognise Georgia with its internationally recognised borders, and to call on Russia to meet its international obligations and commitments and withdraw its forces from Georgian territory,"  Appathurai said. 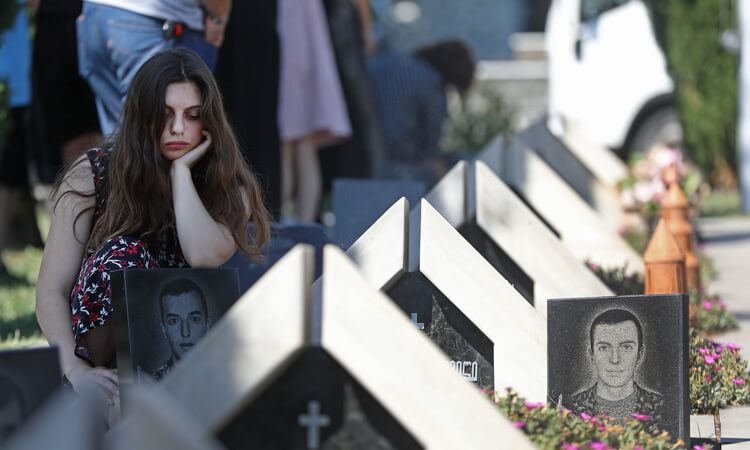 Over 180 professionals and servicemembers from the armed forces and interior ministries were killed in the five-day war. Photo via Prime Minister's Page on Facebook.

In the United States, Eliot Engel, Chair of the House Foreign Affairs Committee and Republican Leader of the Committee Michael McCaul released a statement on the date, condemning "unacceptable" actions of Russia in 2008.

Twelve years after Russia’s reckless invasion, its occupation of South Ossetia and Abkhazia and persistent interference in Georgian domestic politics continue. These actions were unacceptable in 2008 and they are unacceptable now."

The Georgian people have striven and sacrificed to build a more democratic nation and Georgia has proven to be a critical partner to the United States and NATO, especially in Afghanistan," the release said.

The statement by the two politicians also stressed the US "must continue" its support for Georgia's sovereignty along with support for other partner states suffering from hostile actions of the Russian government.

In the 2008 war between Russia and Georgia 170 servicemembers and professionals of the Ministry of Defence were killed along with 14 employees of the Ministry of Internal Affairs and 224 civilians. Around 30,000 citizens of Georgia were forced to abandon their homes in the now-occupied Tskhinvali (South Ossetia) region.