Founders of the Georgian leading Bank TBC Mamuka Khazaradze and Badri Japaridze have met journalists in the afternoon amid the controversies related to the money laundering case involving the bank.

Khazaradze and Japaridze, whose withdrawal from the TBC Bank’s supervisory council was demanded by the National Bank of Georgia, claim that they have “all the evidence” that no money laundering took place by them in 2007-2008.

They say that the National Bank’s decisions regarding their withdrawal has been appealed and now “we are waiting for the court verdict.”

We came here today to tell the public, partners, shareholders, employees and all interested sides that we are a strong financial institution, a strong team, and we stand together to achieve ambitious goals. First of all, I say that we respect the state institutions and the law. Respect to the law, transparency and honesty have been the key values of the bank since its establishment,” Khazaradze said. 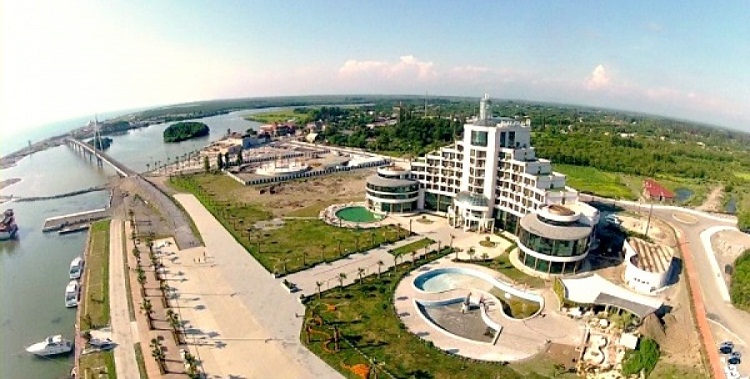 He said that the bank is “in the dialogue” regime and is eager to find the ways out from the current situation with the National Bank of Georgia to avoid negative influences on the state investment environment and its economy.

Khazaradze and Japaridze strongly dismissed the speculations [by the opposition] that the founder of the Georgian Dream Bidzina Ivanishvili demanded the handover of the TBC bank shares or he [Ivanishvili] was interested in the suspension of the internationally important Anaklia deep sea port project.

Khazaradze, who stated earlier that the “deliberate campaign against him” could be related to the port project, said that it was strange that “on the one hand government stands with us to implement the project and on the other hand the Prosecutor’s Office makes statements before the investigation is over."

He said that a financial agreement is on the verge to be signed with one of the World leading financial institutions regarding the project, and the investigation featuring the bank’s leading figures create serious threats to such a deal.

Khazaradze said if a commission composed of members of local and foreign juridical firms, NGOs and the embassy representatives is created, the bank will give them all the documents proving their innocence in the money laundering case.

The Georgian Prime Minister Mamuka Bakhtadze stated yesterday that the TBC Bank case is not a political issue and called upon public to refrain from political speculations.

He also stated that the case “has nothing to do with the Anaklia project”, which was initiated by the Georgian Dream government.