Two exhibitions opening in Tbilisi on Friday will unveil a new contemporary art space created for promoting artists and local scene around the world.

Kunsthalle Tbilisi, a new moving venue, will host its maiden shows with installations by Nika Kutateladze and Angelica Mesiti, set to be open at two separate locations.

At 53 Kazbegi Street, Kutateladze’s work Watermill on Former Pavlov Street will welcome visitors with a reflection on public and personal memory within the post-Soviet transformation. 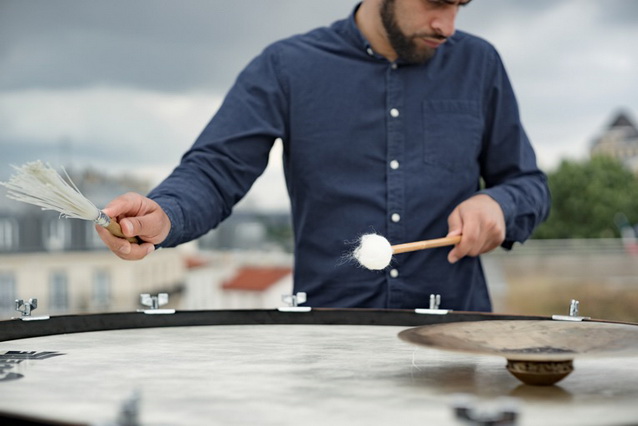 The artist will seek to "rekindle his and other people’s memories” through the installation of an actual water mill — disassembled in a western Georgian village and reconstructed in the Kazbegi Street apartment — as its central piece.

Watermill on Former Pavlov Street is the final part of a trilogy of works started in 2016 by Kutateladze, who graduated from the Tbilisi State Academy of Arts before working within residency programs at La Station in Nice, France and Yarat contemporary art centre in Baku, Azerbaijan.

The Georgian creative has been featured in personal and group exhibitions in Georgia, including at the Fest I Nova International Contemporary Art Festival in Art Villa Garikula.

Switching to another spot in the Georgian capital, Paris-based artist Angelica Mesiti will bring her video installation Relay League to a former wine factory location on Petriashvili Street.

The three-dimensional show, created in 2017, utilises the Morse code from a 1997 emergency message sent out by a group of French sailors in 1997 as its medium.

[Featured in Mesiti’s video], a musician, a composer and dancers present an interpretation of the final message through gestures”, said a preview for the display.

The Sydney-born creative, selected to represent Australia at next year’s Venice Biennial, will present the work with Protocinema, an art organisation established to showcase context-specific displays.

Mesiti will join Mari Spirito, founding director of the organisation, for a public talk along with Tamar Janashia of the Culture and Management Lab organisation on Friday.

It will follow another lecture for the Kunsthalle Tbilisi opening, featuring Irina Popiashvili, co-founder of the new art space, and Nika Kutateladze on Wednesday.

Founders aim to use locations and venues in Tbilisi for showcasing works by local and international creatives.

Locations for exhibitions will be picked based on works while also enabling selected artists to "adapt to the fast-changing urban environment of the Georgian capital”.