Georgia has confirmed the fourth case of China-born coronavirus Covid-19.

The infected individual is a citizen of Georgia who came to the country from Italy on Sunday, head of the National Disease Control Centre Amiran Gamkrelidze stated earlier today.

He said that 20 individuals have already been identified who had contact with the infected individual mostly on the plane.

Gamkrelidze said that the individual came to Georgia without symptoms and addressed doctors yesterday with high temperature.

Deputy head of the National Disease Control Centre Paata Imnadze thanked the infected individual for 'high responsibility' and 'being in isolation at home' after returning from Italy.

The recent case is more complicated and needs more attention of doctors than the other three cases,” Gamkrelidze said. 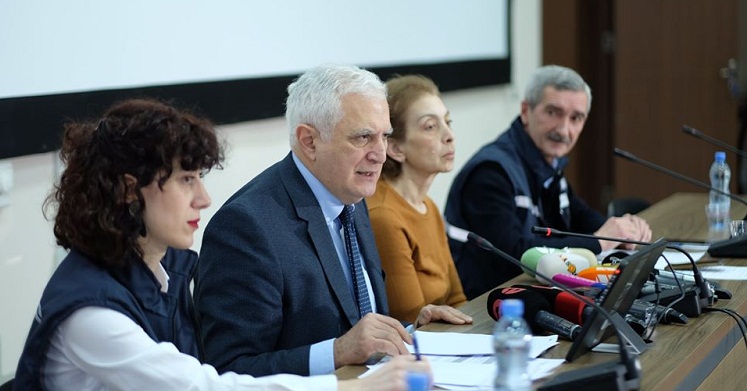 Gamkrelidze says that the major threat of bringing the virus into the country comes from Italy. Photo: National Disease Control Centre press office.

He urged Georgian citizens who travelled in Italy to stick to all mandatory regulations and show high responsibility to avoid the spread of the respiratory infection in the country.

Two of the four Georgian citizens who tested positive for the virus travelled in Italy, while two others in Iran.

162 individuals are under quarantine in Georgia currently, while 31 others are at hospitals, under the observation of medics.