Georgians living in Italy gathered in front of the Russian embassy in Rome yesterday, demanding the immediate release of a well-known Georgian traumatologist Vazha Gaprindashvili, who was abducted by Russian-controlled occupation forces 21 days ago.

The demonstrators held posters in different languages with pictures of the doctor, singing the national anthem of  Georgia.

The Georgian parish in Rome has released the video depicting the rally.

The Red Cross personnel, who have visited Gaprindashvili in Tskhinvali prison yesterday for the second time this month, says that he “feels normal.”

Russian former Deputy FM Gregory Karasin, who met with the Georgian PM’s Special Representative in Relations with Russia Zurab Abashidze in Prague yesterday said that Gaprindashvili’s issue “is likely to be settled soon.”

On November 22 Amnesty International demanded the release of the doctor who was sentenced to two-month illegal, pretrial detention in the Tskhinvali region on November 15 “for deliberately crossing the border.”

Georgian Prime Minister Giorgi Gakharia has stated  that government agencies are working in a 24-hour regime to achieve the release of doctor Gaprindashvili. 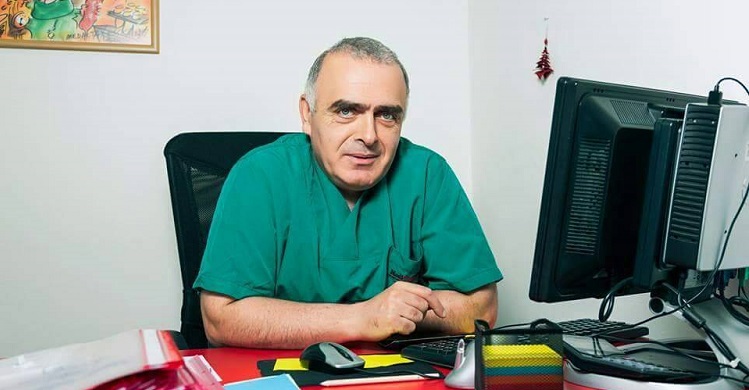 The Russian-controlled de facto Tskhinvali says that the doctor did not admit that he "crossed the border, as he believes there is no border between South Ossetia (Tskhinvali) and Georgia and that the region is occupied by Russia." Photo: Firefly World.

A number of officials and organisations, including President Salome Zurabishvili, the United States Embassy to Georgia, the US mission to OSCE have expressed their support to Gaprindashvili.

The Georgian Foreign Ministry said on November 16 that they are doing their best to ensure the safe return of the doctor.