Georgian prime minister Irakli Garibashvili on Tuesday laid the foundation for the construction of a new, NATO-standard base for the country’s special operations forces in an event marking the 23rd anniversary of their establishment. 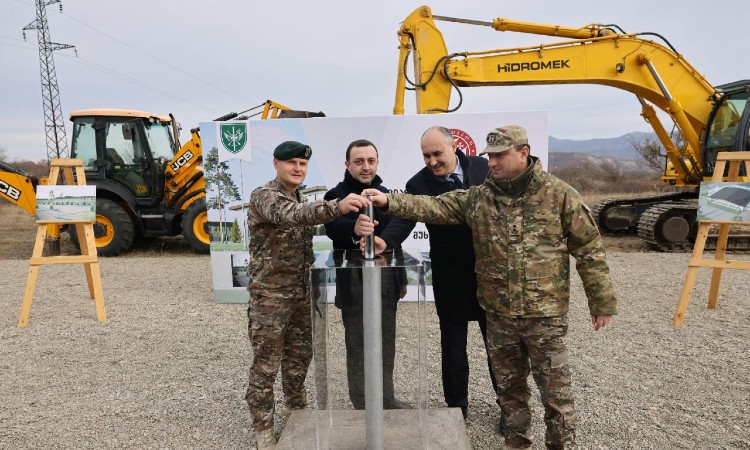 Praising “professionalism, dedication, and heroism” of the service, the head of the government said the ₾70 million ($26 mln) project included construction of 24 new buildings and renovation of three other facilities at the Mukhrovani base in eastern Georgia’s Kakheti region.

As promised, one of the outstanding, modern, special operations forces centre [...] will be built at the Mukhrovani base, which will be fully compliant with NATO standards”, he announced, noting the construction would be completed in two years.

Expressing gratitude to the country’s servicemembers for their “crucial role”, the top official said it was the government’s duty to “stand by” them and boost the country’s defence capabilities.

The new infrastructure for the special operations forces will be completed in two years. image: defence ministry press office.

In recent years, we have taken important steps, implemented a number of interesting projects, and today we, all together, are celebrating the start of a truly large-scale project at the Mukhrovani base”, he said.

In his address the PM also thanked the country’s international partners for the support.

I would like to take this opportunity and thank to our partners, our international partners, our friends, who have contributed greatly to the strengthening of this unit. I would like to single out our main strategic partner - the United States - and other NATO members and their assistance, which has been truly significant over the years.”, Garibashvili said.

Defence minister Juansher Burchuladze and other officials attended the event along with the PM.