A display of works by Polish-Georgian painter, graphic artist and illustrator Henryk Hryniewski and a presentation of a book on his major contribution to the 1910s and 1920s Georgian art opened earlier today in the town of Sighnaghi.

Select works by Hryniewski, who illustrated books by Georgian authors, decorated interiors of some of the most recognised public buildings in Tbilisi and co-founded the Tbilisi State Academy of Arts, went on show at the Sighnaghi Museum, a venue of the Georgian National Museum network in the eastern town.

Marking 150 years since the birth of the artist - born in 1869 to a family of a Polish exile in western Georgian city of Kutaisi - his paintings of views of the Georgian towns and cities were found by those flocking to the free-admission event in the museum.

[Hryniewski is] one of the people who created the history of the 20th century contemporary Georgian art" - Eka Kiknadze, Manager of the Dimitri Shevardnadze National Gallery 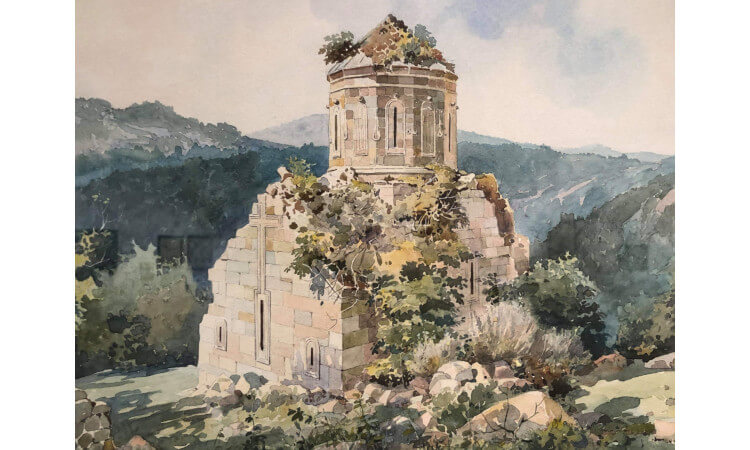 The exhibition marks the wide-ranging impact of Hryniewski, known for his illustrations for works including 1914 compositions by author, entrepreneur and public figure Ilia Chavchavadze, sketches of Georgian Medieval monuments throughout the 1910s and 1920s and his work as a co-founder of and professor at the Academy of Arts.

The scope of the Polish painter's artistic work also included his illustrations for the building of the Bank of Nobility in Tbilisi in the mid-1910s (now Building 1 of the National Parliamentary Library of Georgia), however art historians have found a need for a wider awareness on Hryniewski as a major figure of the country's art scene and history.

Eka Kiknadze, Manager of the Dimitri Shevardnadze National Gallery, spoke to a Georgian Public Broadcaster programme about reasons for the lack of widespread public recognition of the artist last week. Kiknadze attributed the fact to political repressions in the 1930s - Hryniewski was shot in 1938 on espionage charges - which led to deliberate omission of his life and work in the art literature in the following decades. 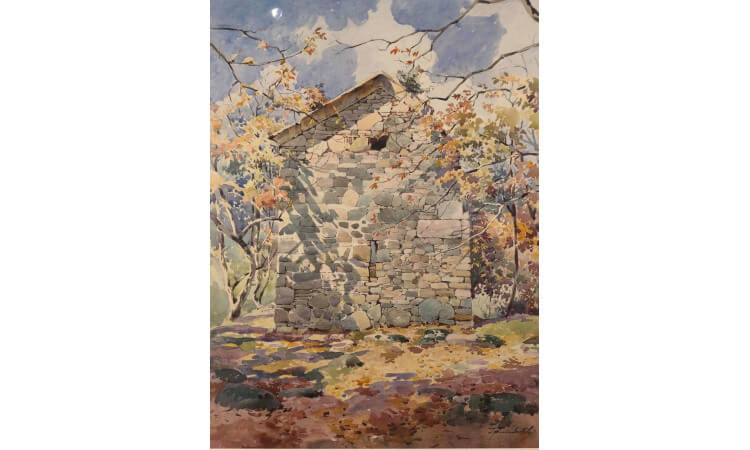 The artist's sketches of monuments have been recognised not only for their artistic quality but the historical importance of documenting the sites in their appearance at specific points in time. Photo via Georgian National Museum.

A book dedicated to filling the gaps in the knowledge of Hryniewski's impact and historical position - authored by Kiknadze - was unveiled at the opening of the Sighnaghi exhibition and includes works and archival material on the artist from museum venues and private archives.

Featuring a range of material published for the first time, the book's publication was supported by the Polish Institute in Tbilisi and the Ministry of Education, Science, Culture and Sport of Georgia.

Its publication follows recent efforts by the GNM to raise awareness on the impact of Polish artists on the Georgian scene in the first decades of the 20th century. Last week the museum network unveiled a book on brothers Ilia and Kirill Zdanevich - major figures of the local and regional avant-garde scene - at the National Gallery.

The exhibition on Hryniewski's legacy will run at the Sighnaghi Museum, located at 8, Shota Rustaveli blind-Alley in the town, through February 29.