Construction of modern port terminal kicks off in Poti, with unprecedented $50mln funding from US OPIC

The PACE group, the largest transportation company in Georgia, has launched  the construction of a new, modern terminal in Poti Port, western Georgia, the project worth of $120 million.

The group, which operates eight Poti port berths and Pace terminal, has received $50 million in funding from the US Overseas Private Investment Corporation (OPIC), which is the largest investment by OPIC in the Caucasus.

Located over 25 hectares, the new terminal will require dredging work to take place in the harbor to a depth of 12 m, which will result in the sea port being able to accept vessels up to 253M in length and with a load capacity up to 50,000 tonnes,” PACE Group said. 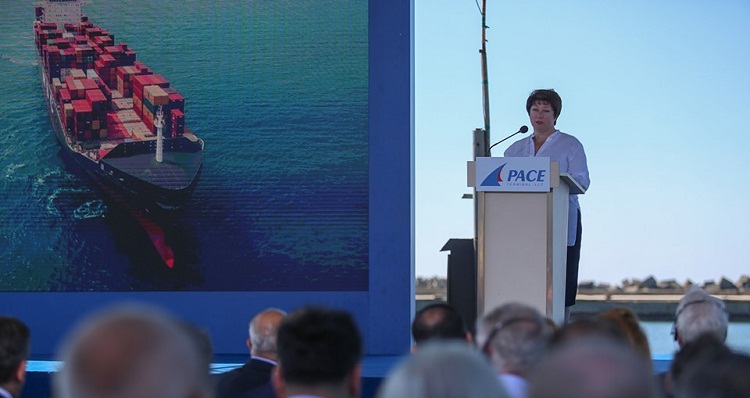 In the future, after the construction of the breakwater to the north of the port, the water area will become as deep as 15 M, which will allow the terminal to serve even larger vessels - up to a capacity of 60,000 tonnes,” PACE group said.

Tskitishvili said during the presentation of the project earlier today that “it is a big day, which saw the expansion of the Georgian business and another, big investment from our strategic partner the United States.”

She stated that the Georgia-US company PACE Group, which has been operating 30 years, “is a success story, which not only retained cargo flow in Poti but also managed to expand.”

Tskitishvili said that the negotiations between OPIC and PACE Group went on for five years.