Tbilisi Mayor Kakha Kaladze is the most liked leader in Georgia per the NDI’s latest polls, with 34 per cent of those surveyed having a positive view of his activities.

Only 15 per cent of those questioned said they had a bad or very bad opinion of Kaladze. 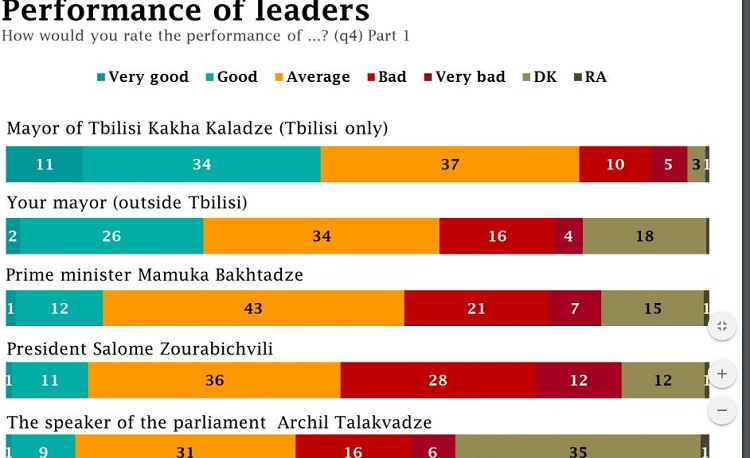 The political part of the survey, which was released earlier today, reads that most  Georgians cannot identify a party that is closest to them, with 19 per cent choosing the ruling party Georgian Dream, nine per cent opposition United National Movement, and four percent each for European Georgia-Free Democrats and the Alliance of Patriots.

While 59 percent of respondents said they would vote if elections were held tomorrow, 57 percent are politically undecided,” NDI Georgia reports.

Of the main public institutions, the Georgian church and public service halls continue to enjoy the most favorable evaluations, with 64 per cent and 57 per cent positive assessments respectively. 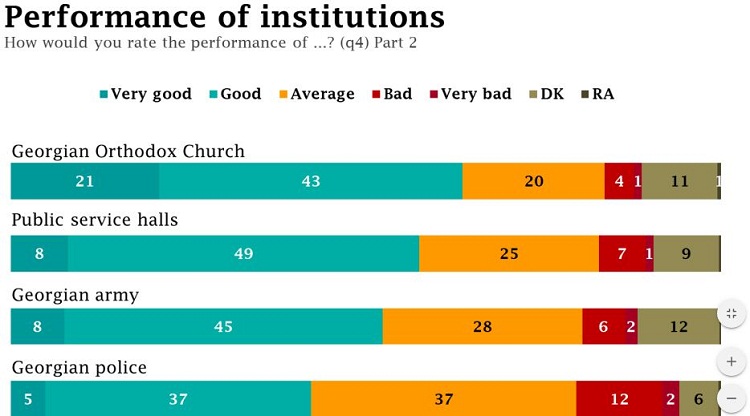 The vast majority of those surveyed (92 per cent) were aware of the demonstrations on June 20, and 55 per cent placed responsibility for the violence that occurred on government agencies, including the government (43 per cent), then-Interior Minister Giorgi Gakharia (nine per cent), and the Ministry of Internal Affairs and the police (one per cent each).

Sixty-eight per cent of those who were aware of the demonstrations said that the government used “excessive force” to disperse protestors. 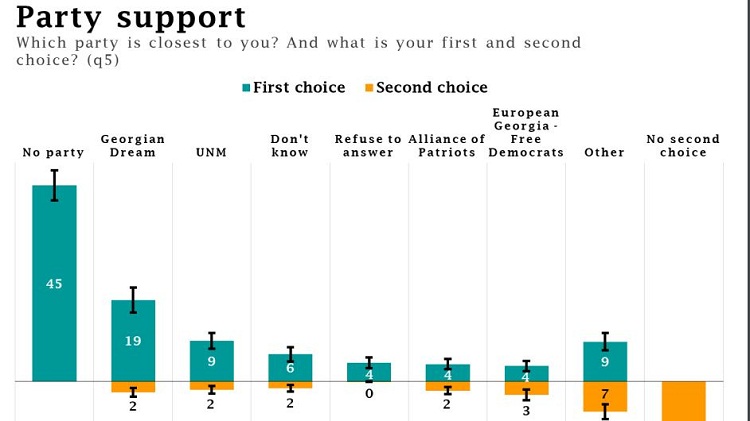 The public is mixed when it comes to demands for Gakharia’s resignation, with 46 per cent of those who were aware of the June 20 events agreeing he should, and 39 percent disagreeing,” NDI polls read.

The polls were carried out by CRRC Georgia between July 13 and 29, 2019, through face-to-face interviews with a nationwide representative sample of Georgia’s adult population, excluding the occupied territories, that included 2,131 completed interviews.