Georgian opposition MPs have interrupted the 26th Interparliamentary Assembly on Orthodoxy (IAO) after a Russian MP and president of the assembly, Sergey Gavrilov addressed the audience from the Georgian parliamentary speaker’s chair earlier today.

Shortly after the address the opposition took to the tribune and stated that the presence of Gavrilov and other Russian MPs in the Georgian parliament was an insult to the Georgian and Ukrainian peoples, as Russia occupies the territories of the two countries.

They harshly criticised the Georgian government for allowing Gavrilov into the country, “as he fought and killed Georgians” during the armed conflict in Georgia’s currently Russian-occupied Abkhazia region in 1991.

Gavrilov addressing the audience in the Georgian parliament. Photo:TV Pirveli.

The opposition called on the public to come to the Georgian parliament building at 7 p.m. today to protest the presence of Russian MPs in Georgia and “protect the dignity” of the country, as the current Georgian government “fails to do so.”

Most of the members of the Georgian Dream ruling party also protested Gavrilov’s action and stated that what has happened in parliament “was not agreed upon.” 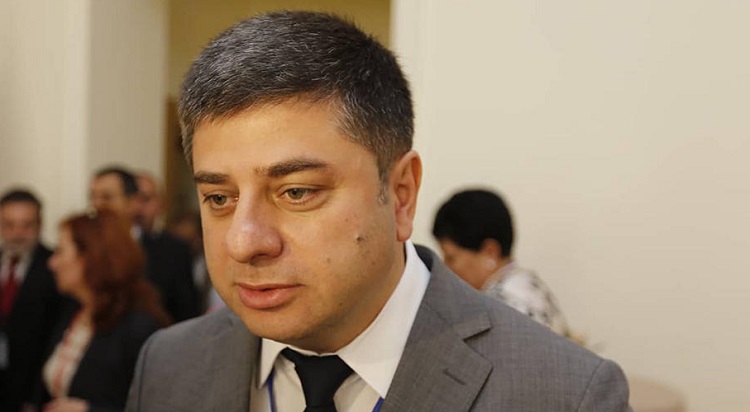 Kutsnashvili says that "if it is necessary i will be held accountable." Photo: IPN.

He stated that the organisers of the event “will have to be held accountable:” for the “very big mistake.”

Mdinaradze stated that the assembly will continue “in some other place.”

Georgian Dream member Archil Talakvadze wrote that the assembly must be suspended.

There is no place for Russian MPs in the Georgian parliament. The assembly must be suspended and the Russian delegation must leave the parliament and Georgia,” Talakvadze said.

Founder of the ruling party Bidzina Ivanishvili said that it is "unacceptable for a representative of the occupying state to lead some type of a forum in the parliament of Georgia. I am told that this was a protocol mistake." 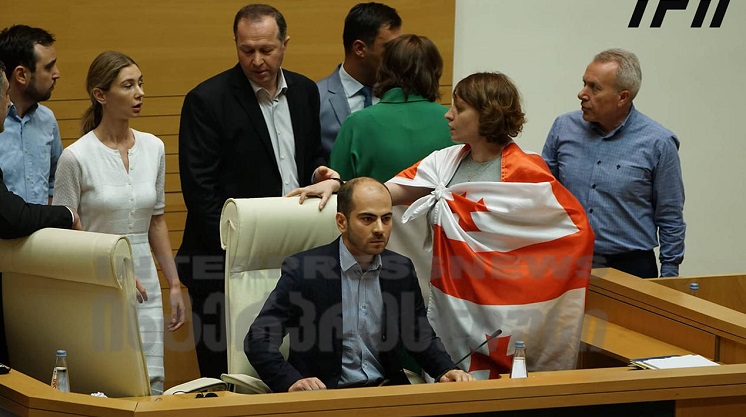 Zakaria Kutsnashvili, a ruling party MP, who is the head of Georgian delegation at the assembly, says that ‘holding the assembly session’ in Georgian parliament was a mistake.”

The opposition MPs say that Kutsnashvili, “as one of the organizers of the assembly session in Georgia,” must quit.

What religious connection and relations can there be with a country which occupies our, and not only our, territories, fights with religion and all Christian traditions?! The country which does not allow the Georgian Orthodox population see the graves of their parents and pray in churches,” Zurabishvili said.

Today, the IAO unites over 20 states. Russia joined the organization in 1994. The 25th assembly was held in Greece.

The assembly was scheduled to be held in Tbilisi between 19 and 22 June. During the event, about 100 participants of delegations from 25 countries visited Georgia.

Ambassador of Ukraine to Georgia Ihor Dolhov temporarily left the Interparliamentary Assembly on Orthodoxy in protest when Gavrilov addressed the audience earlier yesterday at the former Avlabari Presidential palace.