The political part of the survey conducted by the Georgian Office of the US National Democratic Institute (NDI) reads that the support for political parties continues to remain low in Georgia, with 37 per cent of Georgians unable to identify a party to which they feel closest. 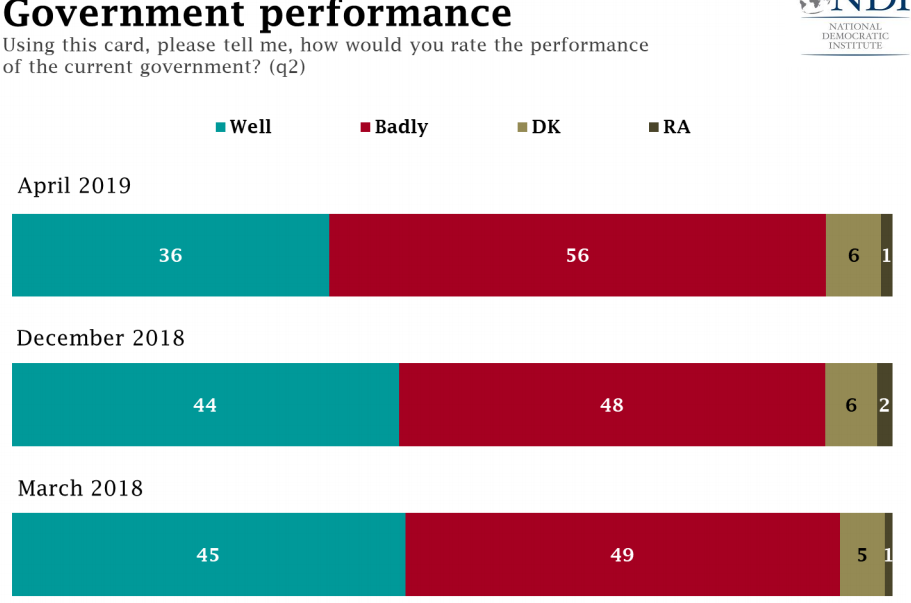 The European Georgia (EG) and the Alliance of Patriots (AoP) opposition parties have four and three per cent support, respectively.

If elections were held tomorrow, the majority of Georgians, 60 per cent, would be undecided about how they would vote, the polls read.

The stark dissatisfaction of the public with their leaders and lack of confidence in their country’s progress is a clear message to Georgian parties and elected officials to rethink their approach and policies. They need to implement clear, positive, and inclusive agendas and deliver on promises to earn public support in 2020,” said Laura Thornton, NDI Global Associate. 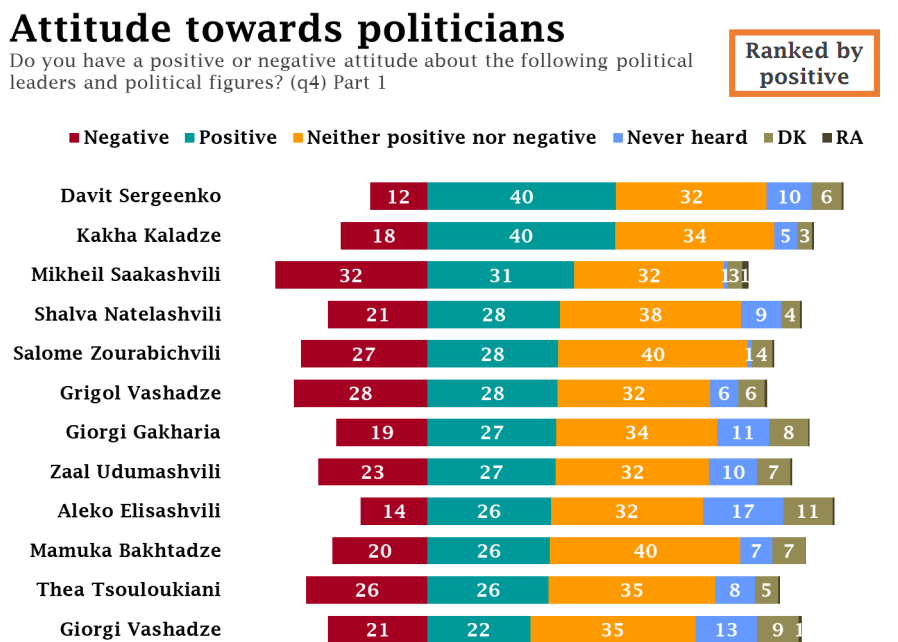 According to the polls 46 per cent say that the country is moving in the wrong direction, and 25 per cent believe it is on the contrary.

The polls read that the performance of the country’s top leaders-prime minister, president and speaker of parliament-has declined sharply over the past three years, with fewer than 20 per cent of Georgians positively evaluating their performance.

The polls say that Georgians believe multiple forces are dividing their country and pushing people apart, including the country’s leaders (68 per cent), Georgian media (72 per cent), economic system (73 per cent), Russia (73 per cent), and politicians (81 per cent). 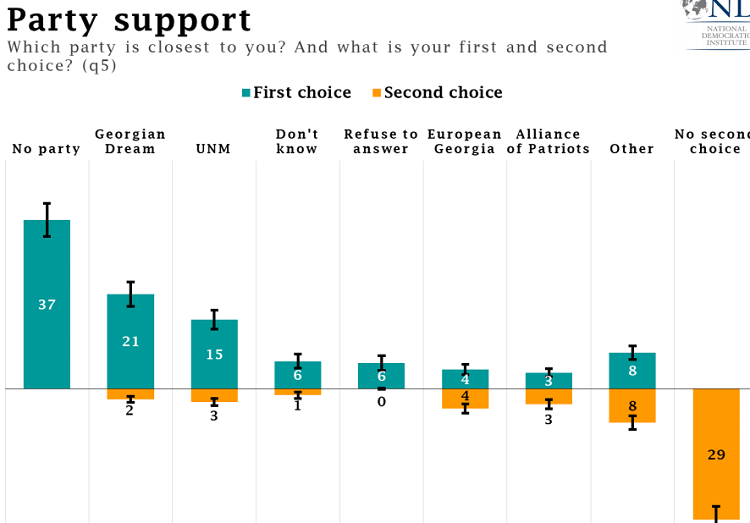 In terms of unifiers, the majority identifies religion and the education system as bringing people together, 62 and 53 per cent, respectively.

Institutions with the highest performance ranking are the Orthodox Church (61 per cent), public service halls (59 per cent), and the army (55 per cent),” NDI says.

Georgians’ worst assessments are of the prosecutor’s office, parliament, and the courts, with only 14 per cent, 12 per cent, and 12 per cent positive evaluations, respectively.