Cyprus President Nicos Anastasiades has come to Georgia and held a meeting with Georgian President Salome Zurabishvili in the Avlabari palace of official ceremonies earlier today.

In the 27-year-old diplomatic relations of Cyprus and Georgia, this is the first time the president of Cyprus has visited Georgia.

#Cyprus ???????? and #Georgia ???????? crossed a historic day in their bilateral relations today. President @AnastasiadesCY, welcome to Georgia and I look forward to the productive conversations we are set to have in the next two days. pic.twitter.com/HzCLVeTF2M

Agreements in the field of healthcare and medicine, exchange of classified information and in the agriculture have been signed to further strengthen ties.

There is a room and we should boost economic relations. A business forum tomorrow will serve the goal,” Zurabishvili said.

I am very pleased that in the context of my official visit to #Georgia two Agreements and a MoU added to our already important framework of bilateral cooperation, namely: for Exchange of Classified Information, in the field of Health and in the field of Agriculture.

She stated that the experience of Cyprus for EU integration and technologies will be useful for Georgia.

Zurabishvili mentioned the “painful issue of occupation” for both nations and stated that Cyprus and Georgia have chosen only peaceful ways to settle the conflicts. 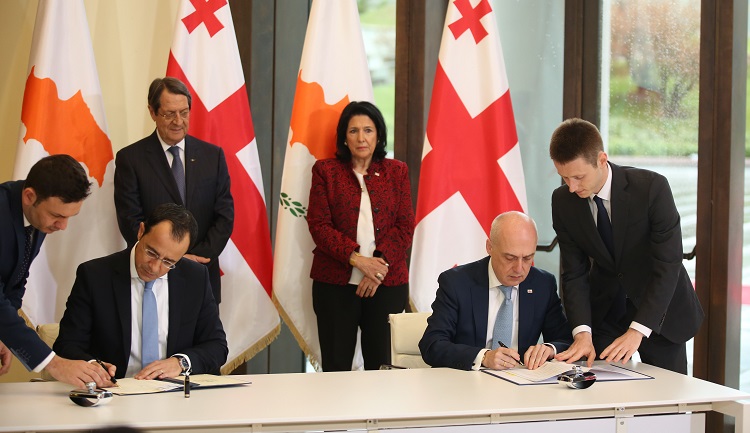 Anastasiades thanked Zurabishvili for being invited and said that the two countries are connected with religious ties.

I feel at home in Georgia,” he said.

He stated that he is eager to play his role in strengthening economic and cultural ties.