Russia has accused NATO and the United States of creating threats to regional security as they support Georgia upgrade its military capabilities.

The Russian Foreign Ministry also reports that concerns regarding the US-built Tbilisi Lugar Lab have not been alleviated and that the “superficial report” made about the lab by “anonymous international experts” means nothing to them.

The Russian, Abkhaz and South Ossetian delegations [two occupied regions of Georgia]  reiterated that the main challenge to regional security are the military activities of the US and NATO on Georgian territory, including the plans of Washington and Tbilisi to modernise the military airfield in Vaziani [near Tbilisi] and conduct the next large-scale multinational  military exercises in 2019,” the Russian Foreign Ministry wrote in the wake of the 46th meeting of the Geneva International Discussions on Georgian conflict issues on 11-12 December.

We believe that the recent statements by NATO Secretary General Jens Stoltenberg and US Secretary of State Mike Pompeo in support of Georgia’s membership in NATO are provocative. It was just such irresponsible promises in August 2008 that pushed Tbilisi towards a criminal military adventure,” the Russian Foreign Ministry wrote.

Speaking about the Tbilisi-based US-built Lugar Lab which is now fully controlled by the Georgian Health Ministry, Russia claims that the lab, “where Americans are conducting illegal medical experiments” is operating under the mask of a “peaceful Georgian medical institution.”

The Russian accusations come in the wake of a report made by the World Health Organization experts, which studied the facility and stated that the activities of the lab are transparent and safe. 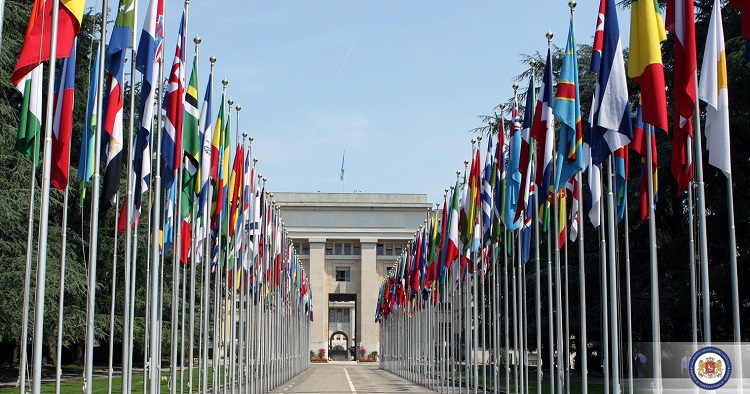 Russia, which occupies 20 percent of historic Georgian lands, says that the “independent republics of Abkhazia and Tskhinvali” create no obstacles for the free movement of the local population.

The Georgian Foreign Ministry writes that the settling of humanitarian problems for the conflict-affected population was the main issue raised by the Georgian delegation at the Geneva Discussions.

‘The Georgian delegation broadly spoke about the occupation of Georgian Abkhazia and Tskhinvali regions by Russia and the severe consequences of Russian attempts to annex the regions.

Special attention was paid to frequent military drills conducted by Russia in the Georgian occupied territories, the violation of Georgian airspace, the creeping occupation and erection of new barbed-wire-fences in the village of Atotsi,” the Georgian Foreign Ministry reported.

The ministry says that the Georgian delegation demanded the fulfillment of the Russia-Georgia 2008 ceasefire agreement and the presence of international monitoring missions in the occupied territories.

Georgia once again demanded the enforcement of justice in the murder cases of Georgian citizens Giga Otkhozoria, Archil Tatunashvili and David Basharuli.

The ministry stated that when the Georgian delegation launched discussions on the return of Georgian Internally Displaced People to the occupied regions the representatives of Russia and both occupied regions left the meeting in protest.

The next round of the Geneva Discussions, which is held with the participation of the central Georgia government, the de facto leaderships of Abkhazia and Tskhinvali, Russia, the US, the UN, the OSCE and the EU, will take place on 2-3 April 2019.