40 years have passed since sending the Georgian song Chakrulo into space through the US Voyager 1 on September 5.

The US Embassy to Georgia dedicated a special post to the remarkable anniversary.

On this day in 1977, Voyager 1 blasted off into interstellar space with a message by President Jimmy Carter engraved on a golden record containing images, sounds, and 27 songs from around the world. Included on the Golden Record, now more than 12 billion miles from earth, is the folk song Chakrulo performed by Erisioni,” the Embassy stated.

From September 25 to 28, the U.S. Embassy will celebrate the 40th anniversary of the Voyager mission with a series of events, public talks, film screenings and performances. Keep an eye on our pages for detailed information about the upcoming events,” the Embassy added. 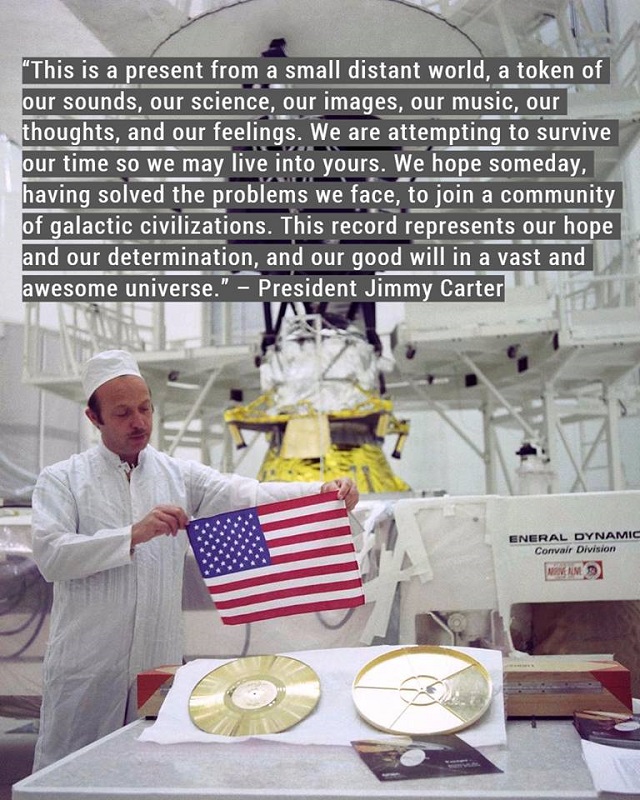 Photo by US Embassy press office.

It is a three part drinking song from the region of Kakheti, dramatizing preparations for a battle.

It is characterized by two highly ornamented individual vocal parts, against a slow moving drone chorus.

When Georgian vocal polyphony was recognized by UNESCO as an Intangible Heritage masterpiece in 2001, Chakrulo was cited as a prime example of this.