A Tbilisi-based digital creative agency is one of the big winners at the world’s leading international festival of creative media for its creative approach mixing virtual reality (VR) and entertainment in a new TV advertisement.

At a ceremony within the 2016 Cannes Lions International Festival of Creativity yesterday in France, Leavingstone was announced the winner of the Bronze Lion for its creative TV advertisement of Old Irish, which takes people on an adventure that tests their reality.

The digital creative agency was among 84 winners from 22 countries who took home Gold, Silver or Bronze Lions awards across a range of categories. The annual Cannes Lions International Festival of Creativity launched in Cannes on June 18 and will end on Saturday, June 25.

The French event is regarded as one of the most significant events in the fields of design, entertainment and advertising, where prizes are awarded in Digital Craft, Product Design, Public Relations (PR) and more. 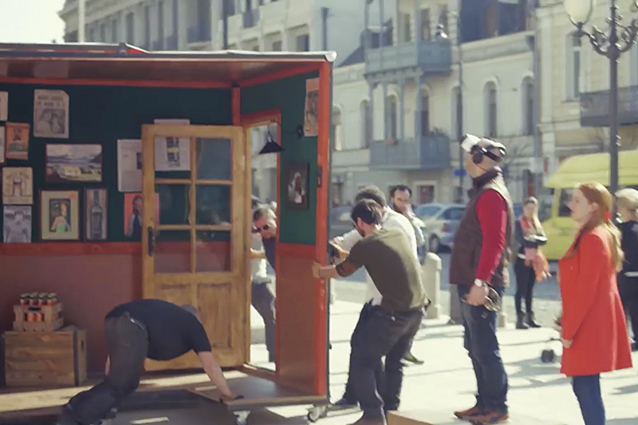 Leavingstone’s idea around the commercial involved building a replica Irish pub around participants watching scenery and sights of Ireland in a Virtual Deality device. Screenshot from the video.

The Georgian studio won a Bronze Lion prize for the PR section, with judges saying the company’s commercial for Old Irish beer, produced by Natakhtari Brewery in Georgia, as "one of the best examples of creativity presented at the event”.

Titled 100% Real Virtual Reality, the advertisement shows ordinary people undergo a surprise transformation that challenges their reality of the environment around them.

The advertisement was released in March 2016.

We offered ordinary people to take a virtual tour of Ireland [and] while they were busy exploring Irish nature, the streets of Dublin and a typical Irish pub virtually, we built an actual Irish pub around them,” said Leavingstone about its creative advertisement.

In the clip people are plucked off the street and asked to wear a VR headset. The user is transported into various scenes before ending in an Irish pub, where they’re asked to remove their goggles. To their shock and surprise, the user finds themselves in the exact scene they imagined and are offered to sample Old Irish beer, advertised by Natakhtari as "the real taste of Ireland”. 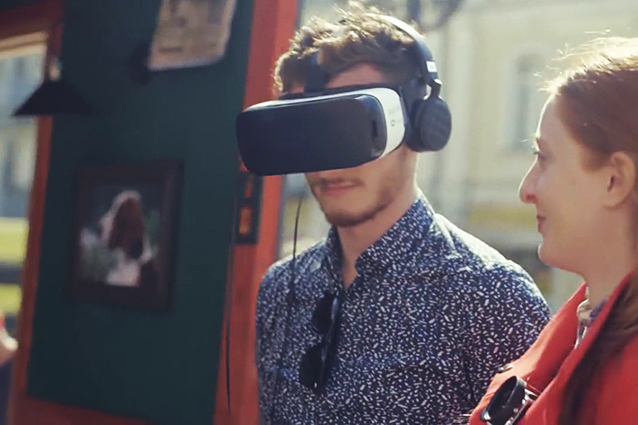 A scene from the filming of the 'Old Irish' commercial. Screenshot from the video.

The Bronze Lion won by Leavingstone at this year's Cannes Lions Festival is the company’s second award in two years from the famous event.

Last year Leavingstone won a Bronze Lion for another of its commercial works, which was also about beer.

Founded in 1954, Cannes Lions is promoted as an eight-day program of creative inspiration, celebration, education and networking.

The judges put over 40,000 submissions for 23 categories "through rigorous, impartial assessment" before revealing 84 winners. The festival was attended by more than 15,000 delegates from around 100 countries.

The full list of winners of the PR category of the 2016 Cannes Lions Festival, as well as their creations, can be viewed on the official website here.